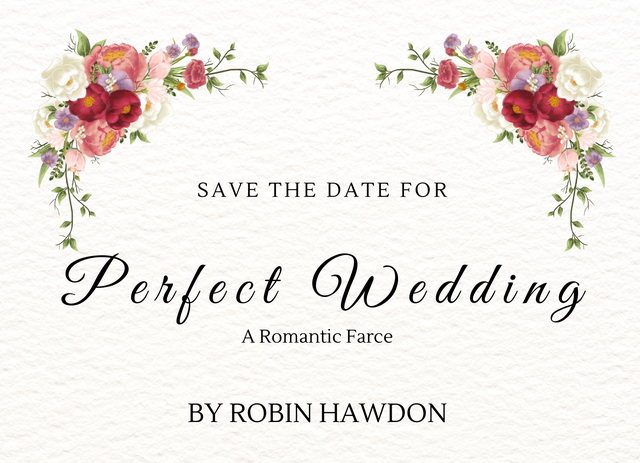 This show has provoked waves of laughter in literally hundreds of productions around Europe and across America, and is due to be made into a Hollywood film. It is that rare combination - a riotous comedy and a touching love story at the same time.

A bridegroom wakes on his wedding morning in his own bridal suite, with his bride-to-be about to arrive any moment, and finds a strange girl in bed beside him. What's more an extremely attractive girl whom, in the depths of his post stag-night hangover, he can't remotely remember even having been introduced to. Worse - during the ensuing panic to get the stranger dressed and out of the way, the bride arrives, and the girl is trapped in the bathroom. The only way out of the dilemma is to persuade the best man to pretend that the hidden girl is his girlfriend. Then the problem is that the best man’s real girlfriend has to be kept ignorant of the fact. By the time the bride's parents and half the hotel staff get in on the act, the chaos reaches nuclear proportions!

Pre-purchase your tickets to any opening weekend show and

​Get entered into a special raffle (One winner per night)

Get a second raffle entry by joining in the fun with what you wear:

After the performance, we bring the Cast, Tech, and Directors of the production to the stage for an informal discussion with the audience. This is your chance to ask, "Why'd you do that?" or just offer your feedback on the performance - good or bad, we want to hear it! It's a great way to ask an actor about the challenges of their role. or hear from the directors about their concept for the show and why they approached the show the way they did. Ask whatever you like. A Talk back is the perfect opportunity to get the inside track on what goes into every show! Begins 5 minutes after the show to give escape time to those that don't wish to stay... but you should try it! So join us and TALK BACK!