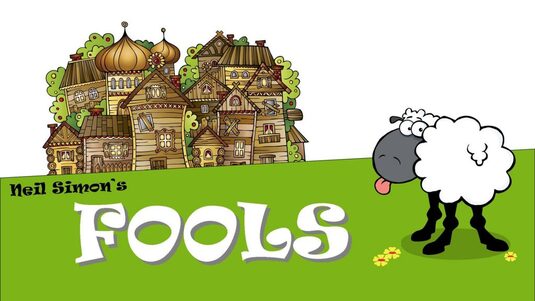 Description: Leon is ecstatic. He’s landed a terrific teaching job in an idyllic Russian hamlet. When he arrives, he finds people sweeping dust from the stoops back into their houses and people milking upside down to get more cream. The town has been cursed with Chronic Stupidity for two hundred years, and Leon’s job is to break the curse. 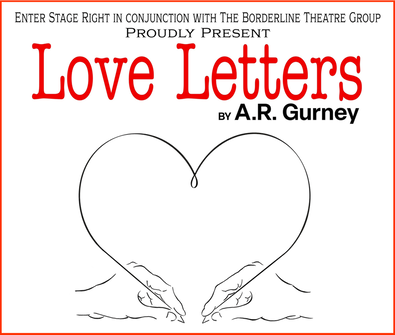 Love Letters
by A.R. Gurney
Partnership with Borderline Theatre Group
Director/Producer: Tom Kephart
Romantic Drama: February 10-12, Special Valentine's Dinner Theatre Event 14th
Valentine Dinner Theatre: Looking for something different and romantic for Valentine's? *Reserve your table now for a candlelight meal and a show with Enter Stage Right and Borderline Theatre Group! *Ticket price TBA. Once catering is decided, we will contact RSVPs with the final cost and open the means to purchase. Please put in comment section of order if you have dietary needs such as allergies, vegetarian, etc.
Description: Andy and Melissa are childhood friends whose lifelong correspondence begins with birthday party thank-you notes and summer camp postcards. They continue to exchange letters through boarding school and college years. While Andy is off at war, Melissa marries, but her attachment to Andy remains strong and they stay in touch as he marries, becomes a successful attorney and is elected to the U.S. Senate. Meanwhile, her marriage in tatters, Melissa dabbles in art and gigolos, and drinks more than she should. Eventually, they do have a brief affair and Andy’s final letter makes it eloquently clear how much they really meant – and gave to – each other over the years. Physically apart, but spiritually as close as only true lovers can be.

Description: In the wake of their devastating defeat, the women of Troy, all now widows, wait on the beach below the ravaged city to be claimed by their Greek conquerors as slaves and concubines. Though the war is over, exile and degradation lie ahead and the fates of these women, including Queen Hecuba, her daughter Cassandra, the doomed, mad prophetess, and her daughter-in-law Andromache, widow of the great Hector, are still in the balance. 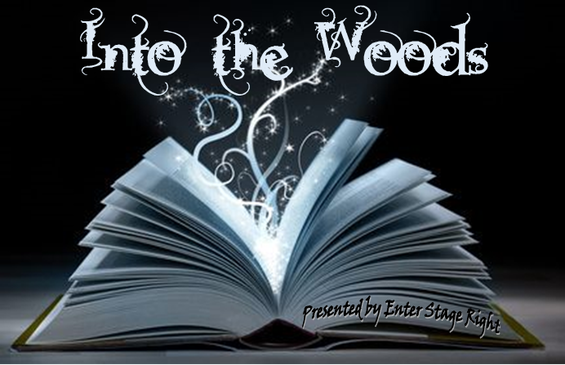 Into the Woods
by James Lapine & Stephen Sondheim
Director: Regina Spain; Music Director: Amy Fabick
Musical Adventure: April 14-30
​
Description: The story follows a Baker and his wife, who wish to have a child; Cinderella, who wishes to attend the King's Festival; and Jack, who wishes his cow would give milk. When the Baker and his wife learn that they cannot have a child because of a Witch's curse, the two set off on a journey to break the curse. Everyone's wish is granted, but the consequences of their actions return to haunt them later with disastrous results.

James Lapine and Stephen Sondheim take everyone's favorite storybook characters and bring them together for a timeless, yet relevant, piece... and a rare modern classic. The Tony Award-winning book and score are both enchanting and touching. One of Sondheim's most popular works, Into the Woods is a musically sophisticated show with the opportunity to feature actors adept at dark comedy. 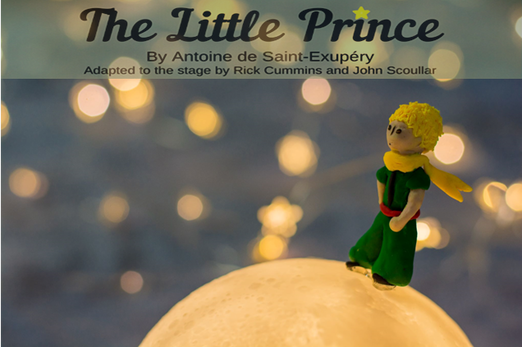 The Little Prince
Adapted from the book by Antoine de Saint-Exupéry
Director: Regina Spain
Drama: May 12-21 (originally July ’20);
Two weeks only
​
Description: The Little Prince is a beautifully creative show that will strike the hearts of adults and be excited to kids. The story originated from a French book published in 1943 which has sold over 100 million copies since, and as of 2017 became the world’s most translated non-religious book with 300 languages. 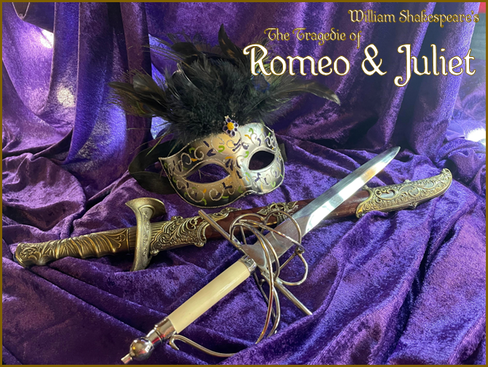 Will On the Water: The Tragedie of Romeo & Juliet
by William Shakespeare
Director: Regina Spain; Producer: Brian Spain;
Tragedie: August 4-20
​
Description: In William Shakespeare's Romeo and Juliet, a long feud between the Montague and Capulet families disrupts the city of Verona and causes tragic results for Romeo and Juliet. Revenge, love, and a secret marriage force the young star-crossed lovers to grow up quickly — and fate causes them to commit suicide in despair. Contrast and conflict are running themes throughout Shakespeare's play, Romeo and Juliet — one of the Bard's most popular romantic tragedies. 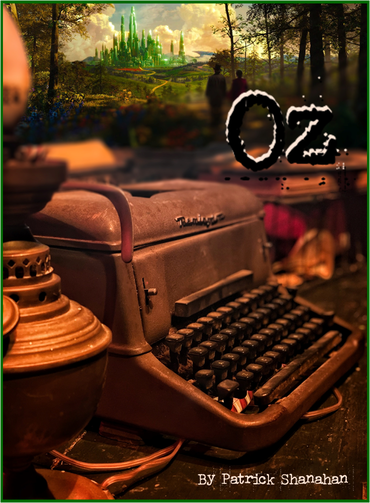 Oz
by Patrick Shanahan
Director: Regina & Brian Spain; Producer: Brian Spain;
Drama: September 8-24
​
Description: L. Frank Baum is in trouble—forty-four years old and on the eve of his greatest creative work—he is a "jack of all trades" but success eludes him. It is 1899 in Chicago and Baum is putting the finishing touches on The Wonderful Wizard of Oz, but putting dreams on paper is elusive business and Baum is struggling with some definite plot problems, no title and no ending! Like the cyclone in his story, Baum's housekeeper, Bridgey, and a little girl named Dot get swept up in the mad vortex of his tale, as Baum enlists them to help him improvise the story. Suddenly, an overstuffed Victorian study becomes a magical land, a black, horsehair footstool becomes Toto; a ceiling fan with scarves becomes the cyclone; stuffing from the sofa, a potbelly stove and a bearskin rug become the Scarecrow, the Tinman and the Cowardly Lion. Somewhere, in the heart of this frenzy is the whole creative process, and in the end we realize that Baum is the real wizard of Oz, but he needs an assistant … our imaginations. After the Kansas City world premiere, Oz went international in a spectacular production at London's famed Unicorn Theatre. The resulting critically acclaimed production developed and resulted in a more dramatic, expanded script which is available manuscript form. The staging of Oz has a wonderful flexiblity and infinitely creative process as shown in the two versions of the same script and its many productions across America.

Description: A dark and dreadful night. A woman in white lost within a wood. The only shelter is a house full of murderers. Mixing funhouse tricks, Grand Guignol, and a deadly game of cat  and mouse, Murder By Poe is a theatrical reimagining of some of Edgar Allen Poe’s most famous tales of terror -  The Black Cat, The Tell-Tale Heart, The Murderers in the Rue Morgue, William Wilson, The Purloined Letter, The Mystery of Marie Roget, and The Fall of the House of Usher. As each haunted figure tells a story of crime and mayhem, the woman must solve the puzzle of the house and the riddle of the man who ushers her into its mysteries. 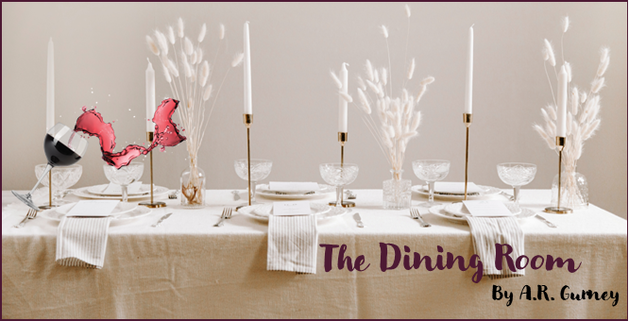 The Dining Room
by A. R. Gurney
Director: Amy Fabick
Family Drama: November 3-12
​
Description: The play is set in the dining room of a well-to-do household, the place where the family assembled daily for breakfast and dinner and for any and all special occasions. The action is comprised of a mosaic of interrelated scenes – some funny, some touching, some rueful. Each vignette introduces a new set of people and events, dovetailing swiftly and smoothly, the varied scenes coalesce, ultimately, into a theatrical experience of range, humor, and humanity. 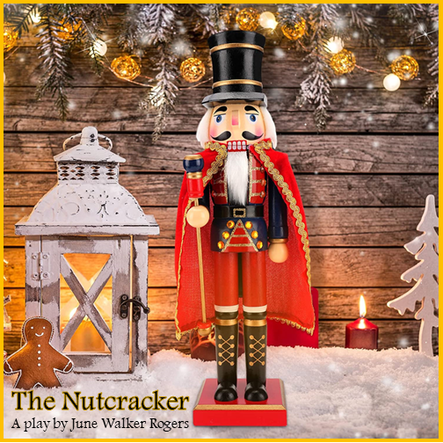 Description: The legend of the Nutcracker is now available in this captivating play. At a gala Christmas Eve party, Clara's godfather presents her with an amazing Nutcracker in the form of a wooden soldier. Too excited to sleep, she suddenly finds the Nutcracker brought to life. He tells her he is a prince under the wicked enchantment of the Mouse King, and she joins him in a series of adventures in strange lands as he seeks to regain his throne. When she wakes, she finds the Nutcracker gone. Was it a dream or not? Then her godfather returns with his nephew—who just happens to look exactly like the prince! This charming play may be enhanced with dances to the music of Tchaikovsky.
Proudly powered by Weebly